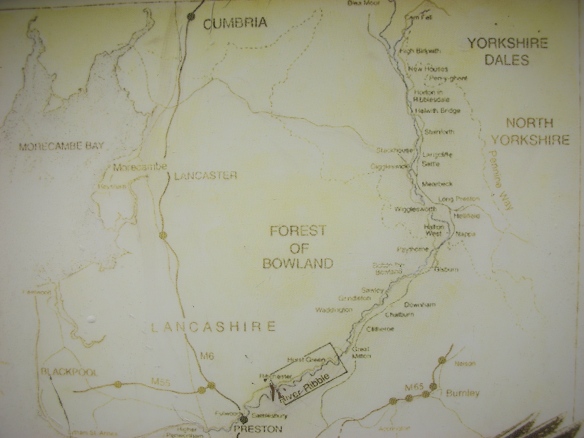 The above shows Great Mitton on the Ribble River just south, south east of Clitheroe. Horton in Ribblesdale is up the Ribble just down from Settle where many Mittons still live. This map shows how close the de Mittons of Great Mitton and their descendants still residing in the Craven to Ribble Valley for now over 900 years.

The map above was photographed at Ribchester, the ancient Roman garrison site just to the west of Great Mitton along the Ribble River that also flows through Great Mitton. During the 14th to 15th centuries many of the de Mittons of Great Mitton migrated to the Craven area of Yorkshire. They stayed in the Craven area until the immigration of the sons and grandsons of Joseph “Squire ” Mitton the the late 18th and early 19th centuries.

Joseph`s great grandson, John Mitton, later known as “Grover John” Mitton of Howard Township, Kent County Ontario was baptized on Aug. 9th, 1818 at St. Oswald’s (below) in the parish of Horton in Ribblesdale in the county of York. He was taken as an infant by his parents that year to New York and then carried on too Alborough Township, Canada that same year. Four siblings of his eventually migrated to the same county, Kent, in Canada. 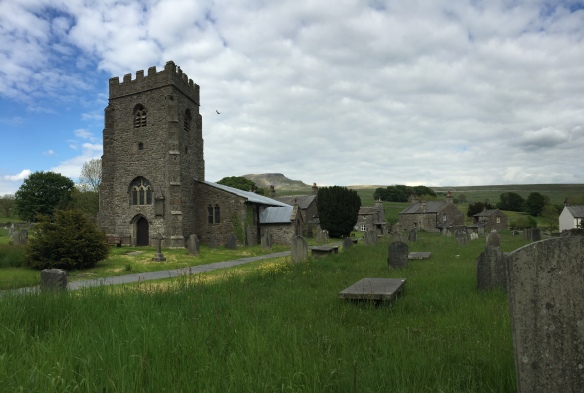 Squire Joesph Mitton 1723-1792 was burried here at St. Oswalds in Horton in Ribblesdale. This where John Mitton aka. Grover John was babtised in Aug. 1818 and then immigrated with his parents within a year to Kent County, Ontario Canada.

The Mittons stayed the the geographic area (above) not more than 50 miles from Great Mitton for over 700 years. They lived mostly near the Ribble River in the Craven area throughout those centuries and were farmers.

On the map you can see Great Mitton along the Ribble and Horton-in-Ribblesdale in the north along the Ribble where “Squire” Joseph Mitton lived and may be burried at Horton or at least in that area (br. Nov. 11th, 1723-d.Nov. 25, 1793). The distance is no more than 50 miles by way of the crow from Great Mitton and was still with in the diocese of All Hallows at Mitton. 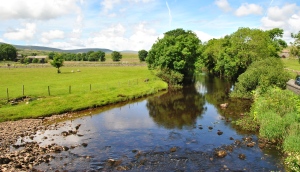 This is along the Ribble River at the heart of where the de Mitton`s migrated and lived for 500 years from the 14th. century to the 19th. Some (many) still remain in the area.